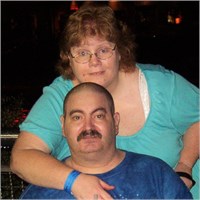 I have been in the Travel Agency business for over two and a half years. I went to Stratford Career Institute for Travel and Tourism and Graduated with High Honors. I also studied at College of Disney Knowledge since 2013 to present. Which allows me to Specialize in Disney Destinations ( Walt Disney World, Disneyland, Disney Cruise Line, Adventures by Disney, and Aulani, a Disney Resort and Spa located in Hawaii ).

The reason I became a Travel Agent after I retired, was because every year, my family always went on a vacation. We always planned our vacation at least a year in advance, so that we can budget it. Since I enjoyed planning our vacation, why not help others do the same.

As you can see from mt profile, I have listed plenty of Certificates I have earned, and will continue to do so in the coming months and years.

He really hooked us up

Reviewed By Yvwttw G. - Danbury CT. | Traveled to
The trip was a dream come true. You really hooked it up for us. I loved that we were on the Disney property and never had to drive to get to the park. We appreciate you and Mickey for making us feel super special. We do have to figure out how to get out our special photo from RadiatorSprings. After we left the ride, they flashed our pic on the wall but we had no clue how to get it. I still have the coupon booklet you gave us for our free photo. The one thing that really annoyed me was when we were about to get on line to meet a character , the man turned away Jaedi because we arrived exactly at the cut off. We asked him to make an exception because it was her birthday. He turned us away any way. We understood the cut off. But, he was very rude about it Also, when we rode the Monsters Inc ride, it broke down. They apologize to the riders, but did not offer us anything for the inconvenience. I like downtown Disney and especially the electrical parade and fireworks. Thanks for everything
I would recommend this agent to my family and friends
19 of 46 people found this review helpful
Was this review helpful to you? YES | NO