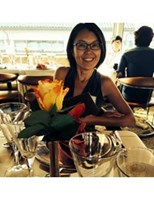 I am native of Taiwan who moved to the United States in 1992 and got her bachelor’s degree in marketing, management and retailing at Southern Illinois University after studying engineering and working with micro fibers in the garment industry for 3 years in Taiwan. She then went on to get her Masters Degree in Fashion Design at Western Michigan University with a strong focus on marketing, CAD and computer science.

Before moving into the private sector, she got certified in purchasing management at San Jose State University and then began working in Silicon valley during the Internet Technology boom of the mid to late 90’s. Yaling was quickly promoted from purchasing agent to product management working for major computer companies such as Microland Inc. and Synnex Information Technology Corporation.

Yaling began Hawaii Aloha Travel in 2000 after to moving to Hawaii to start a new chapter in her life and to fulfill a lifetime goal of being a business owner. Under her guidance Hawaii Aloha Travel has grown to become one of the largest locally owned inbound travel agencies in Hawaii. In May 2007 the agency was recognized in Travel Agent Magazine for its innovative approach to travel and in May of the same year, Agent at Home Magazine featured the company’s success story.

In 2008 Yaling received the Circle of Excellence award from Nexion Travel Corporation for outstanding sales and service. In March 2009 Hawaii Aloha Travel was rated as one of the top 10 travel agencies in Hawaii by Pacific Business News. In 2010, the company received a 2010 Travel Age West Trendsetter award.