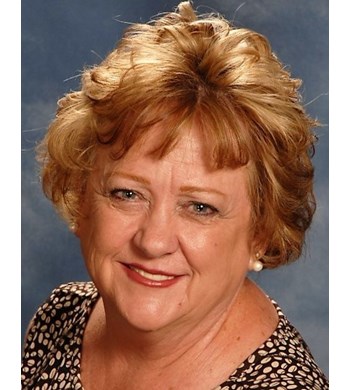 My career in the travel industry began in 1980, yes 40 years ago, when I worked for Tag-A-Long Tours in Moab, Utah.  I began as a receptionist and taking reservations from people wanting to do a White-Water River Adventure.  The job responsibilities evolved into hosting departures on the rivers, making airline and hotel reservations.  This led to my travel advisor career.  At that time every airline reservation was called into the airline with details written on a paper reservation cards, then the ticket was handwritten.

In 1983 I relocated to Orem, Utah, and took a position at another river company/travel agency.  This was my first thrust into full travel services, airlines, hotels, tours, and cruise lines. Plus my first exposure to BYU group football tours.  The first football group I accompanied was assisting with a trip when BYU played Hawaii.  Once again everything we did was manual, there was no Internet and no ticket printers.  We called all the tour operators and cruise lines then hand wrote paper airline tickets.  Who would ever have imagined ticketless travel in those days?

From 1985 until 1999 I worked for a large multi-branch agency in Las Vegas, Nevada managing director of their largest branch.  This was a fun and exciting time when people became very interested in traveling.  Cruises and escorted tours to Europe were popular.  Tours to Cancun, Mexico from Las Vegas were always full.  You didn’t need a passport to go to Mexico or on a cruise, just a birth certificate and a driver's license.  The times were great, and people had money.  In late 1998 things started changing, the airlines starting with Delta decided they really didn’t need the travel agency community to put people on their planes, so they stopped paying commission.

In the late summer of 1999, I moved to Oklahoma City and started working for Bentley Hedges Travel, then I  married Bentley Hedges.  Here we are today 2020.  I wonder where the time has gone!  During my nearly 21 years at Bentley Hedges Travel, I have had the opportunity to travel with Bentley all over the world.  Some of my favorite places are Italy and France.  I’ve cruised around the cape and experienced the rough waters in the Strait of Magellan. We keep a bag packed just in case an opportunity is presented to go somewhere. Little did I know in 1983 that my little stint with BYU Football group charters that I would be assisting Bentley Hedges Travel prepare and execute the University of Oklahoma Foot Ball Tours all over the United States.   This coming from a small-town girl who had never stepped foot in a football stadium.  Now we are the University of Oklahoma season ticket holders and look forward to each new season and what “bowl trip” we might go on.

Will I retire, not until Bentley does  He claims he can’t even spell the word.  So here I am to help you plan your adventures, cruise, and tours of a lifetime.

Reviewed By Brenda and Family! - Colorado | Traveled to Greece ~ Europe
Bonnie is a great travel agent! An even better friend! She works with you to really understand your vacation goals and helps you navigate all of the bookings, fees, and the unruly changes! Much easier to work with her than trying to do it online myself!
I would recommend this agent to my family and friends
Bonnie Hedges responded:
Thank you for the great review. Bonnie
5 of 5 people found this review helpful
Was this review helpful to you? YES | NO

Bonnie and Bentley Hedges are the greatest!

Reviewed By John and Cindy C - Midwest City, OK | Traveled to Ireland ~ Europe
If I could, I would give Bonnie and her staff a 10! Bonnie has always gone over and above to meet the travel needs of my family. She goes to bat for us and fights our battles as needed with vendors. She has helped us plan several cruises, a trip to Ireland, New Orleans, and Disney World/Universal Studios. Bonnie provides top notch service and we love recommending her to our friends and family.
I would recommend this agent to my family and friends
Bonnie Hedges responded:
Thank you Cindy and John. I love working with you and your family.
5 of 5 people found this review helpful
Was this review helpful to you? YES | NO

Places I’ve personally traveled to or destinations I’ve booked for my clients.