On the Trail of Michelangelo in Italy 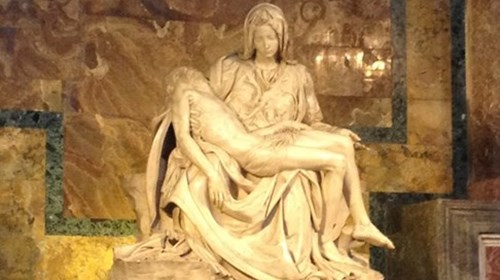 Michelangelo's Pieta in the Vatican

One of the things I most enjoy about traveling in Europe is the opportunity to see history in person.  From sites of huge historic significance, like the D-Day landing beaches in Normandy or the Castle Church in Wittenberg where Martin Luther first posted his 95 Theses, to places perhaps almost forgotten, Europe abounds with historical treasures.

On a recent visit to Rome, Italy on a port call during a luxury cruise on Cunard’s liner Queen Victoria, I had an opportunity to experience both sides of Europe’s unique history. Rome is, and has been for millennia, the center of the Roman Catholic faith and the seat of the Papacy – well mostly, but that’s a story for another time.

St. Peter’s Basilica in the Vatican in Rome, Italy is central to the Papacy, and is justly famous worldwide as a religious, historical, and artistic treasure.  St. Peter’s as we know it today as the epitome of Renaissance architecture is actually the second basilica built on the site and owes its architectural design primarily to Italian architects Bramante and Bernini.

Its existence is also due to the decision made by Pope Julius II in 1505 to demolish the old basilica and replace it with what we say today. Julius II is an interesting character.  Known as the “Warrior Pope,” he chose his name not to honor his predecessor Julius I, but to emulate Julius Caesar.  During his papacy, Italy was embroiled in constant wars.  It’s too complicated to fully detail the players, but Julius played a key role in the conflict as he sought to unify Italy under papal control.  While he was ultimately unsuccessful, he came closer than anyone until modern times in creating a unified Italian state.

Ironically, given his warrior’s reputation, Julius was also an avid patron of the arts, particularly the Florentine sculptor Michelangelo.  Julius and Michelangelo’s relationship was very stormy – both had strong opinions and strong passions, and their collaboration didn’t proceed in a straight line.

Yet Rome today contains two unique monuments resulting from their collaboration, one known worldwide and one quite obscure. Although Michelangelo is best known as a sculptor, he was also a talented painter.  Julius commissioned him to paint the ceiling of the Papal Chapel, known as the Sistine Chapel in honor of Pope Sixtus IV.  As the reconstruction of the larger basilica unfolded, Michelangelo toiled for years – on his back on a high scaffold – painting the scenes of the creation of Adam and others from the Book of Genesis.

The completed work justifiably ranks among the greatest artistic and religious treasures of the world, and the image of God giving life to Adam is famous throughout the world.  It is a must-see for visitors to Rome.

Almost forgotten, however, is a second work of Michelangelo’s, also commissioned by Julius II.  It is a marble statue of Moses, designed to be the centerpiece of Julius’ tomb, which was meant to be a centerpiece of the new St. Peter’s Basilica.  Julius was defeated in battle and died in 1513, well before either the tomb or basilica were complete.  The partially completed tomb, containing Michelangelo’s statue of Moses, was eventually installed in the small Basilica of San Pietro in Vincoli (St. Peter in Chains) near the Colosseum in Rome.

Tucked away in a small piazza, this seldom-visited statue is well worth seeking out, as it represents Michelangelo at his best – the sculpture is so realistic as to almost spring to life.  Most visitors to Rome, unfortunately, miss it. If you’re a movie buff, there’s a classic movie called The Agony and the Ecstasy, starring Charlton Heston as Michelangelo and Rex Harrison as Julius II, that tells the story of the stormy relationship more vividly than I have.

Contact me to schedule a complimentary introductory conversation, and together we'll plan an extraordinary vacation for you - and make sure you don't miss hidden gems like Michagelangelo's Tomb of Julius II in Rome, Italy! 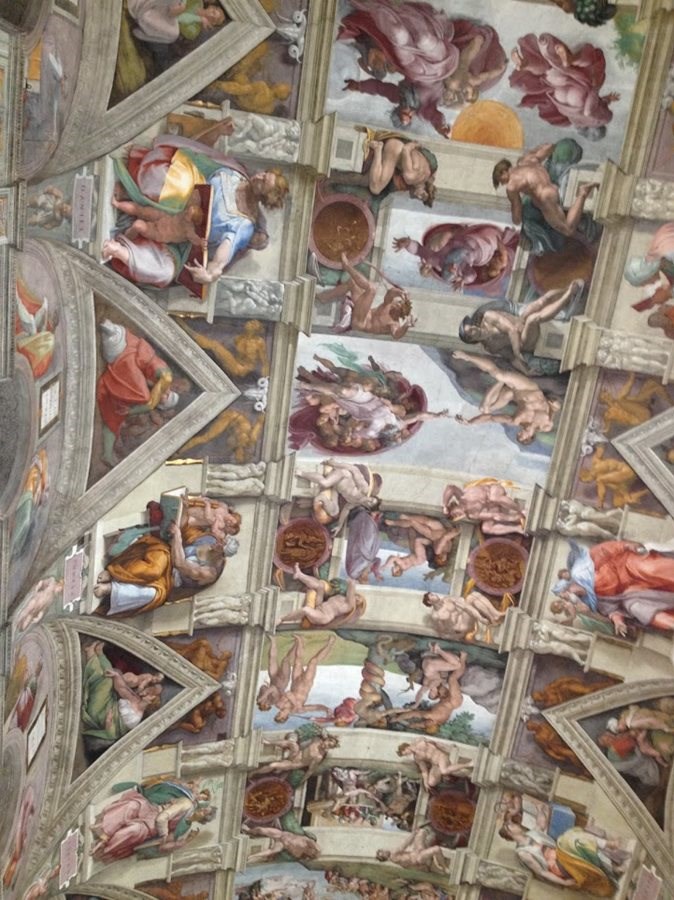 On the Trail of Michelangelo in Rome, Italy
View Album