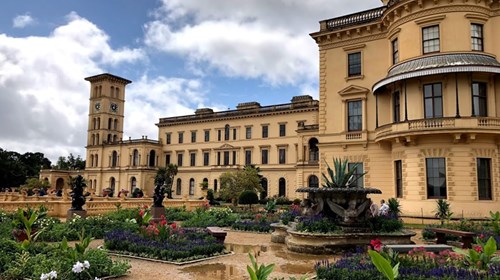 Britain’s Queen Victoria, who died in 1901, exerts a powerful influence on the world’s imagination and historical consciousness today.  She lent her name to the Victorian Era, has been the subject of recent movies like Victoria and Abdul (starring one of my favorite actresses, Dame Judi Dench), and is still celebrated with the Victoria Day holiday in large parts of the former British Empire.

During a recent port call at Southampton in southern England, I had the opportunity to follow in her footsteps with a visit to Osborne House, her personal vacation retreat.

Many cruise ship visitors to the port of Southampton will take advantage of excursions to London, which is about 90 miles away.  Instead, I decided to arrange a privately guided tour to see Osborne House myself and to learn more about this remarkable woman and her private life.

Osborne is located on the Isle of Wight, which is located across a body of water called the Solent from Southampton.  It’s a short 30 minute high speed ferry ride to the little yachting port of Cowes, then a 15 – 20 minute drive to Osborne.  We met our guide and driver right on the pier in Cowes, then headed along the coast to our destination.

Built between 1845 and 1861 under the close direction of Victoria’s husband Prince Albert, Osborne mimics the style of an Italian Renaissance palazzo.  That’s architectural style isn’t common on England, but was chosen because the views reminded the Prince of the Bay of Naples in southern Italy.  That might not seem possible in rainy Italy, but having experienced both, I can appreciate and even share his perspective.

Osborne House itself is a step back in time to 1901, when Queen Victoria died in her sleep in her bedroom.  Large parts of the house lay untouched after her death, so today’s visitor can enjoy a well-preserved glimpse into a time long passed.  Among the highlights we saw were the Queen’s sitting room and the desk where she worked, the bedroom where she died, and the nearby “playhouse” built for her nine children – “playhouse” in quotes, as it is larger than many homes in the United States!

One unexpected highlight was the Durbar Dining Room, built to mimic the style of an Indian palace.  As the then-Empress of India, Victoria was fascinated by the country, but never visited it herself.  This ornate dining room, full of Indian-inspired wood carvings and artwork, was the closest she ever got.  For the modern visitor, in an Italian palazzo on the shores of the Solent in England, it’s quite a sight to behold.

Too soon, it was time to return to Cowes for the ferry ride back to Southampton and the continuation of our cruise.

Privately guided tours, such as this one, represent a great way to expand your horizons while cruising and visit places that the ship’s own excursions bypass.  As a group of two, with a driver and a guide, we were able to cover the distance quickly, spend more time at our destination, and gain a far deeper understanding of it than is possible in a larger group.

Contact me to schedule an introductory conversation, and let’s talk about how we can customize your luxury cruise with privately guided shore tours that focus on your passions and interests. 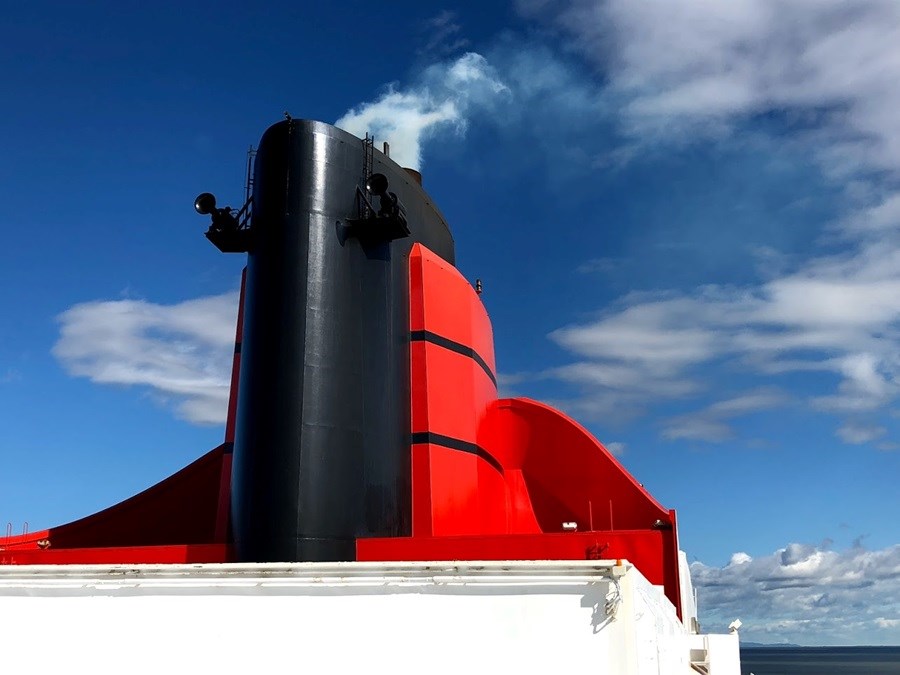 Crossing the Atlantic in Style - by Ship
View Album