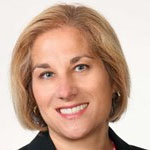 Italy with kids on Adventures by Disney Part 2

Make sure you check out my other post for part 1 (Rome, Orvieto and Tuscany)!

On to Venice...The next morning, we boarded the ITALO train to Venice and stepped off into this magical city. Our stay began by being shuttled into gondolas where we were serenaded en route to our destination. We were then dropped off in the San Polo neighborhood where were were met by none other than the neighborhood’s namesake, Marco Polo. Marco taught the juniors (and the rest of us) about Marco Polo’s travels and his impact on the city of Venice. We then walked on through the city to Piazza San Marco, the heart of the city, where we boarded the board to our hotel, Hilton Molino Stucky.

I was initially skeptical about staying in a Hilton, feeling that this wasn’t exactly a very Italian hotel, but my assumption was completely wrong. This hotel, located across the Grand Canal in the Giudecca neighborhood, is converted from a historic flour mill. Since the mill was made up of several smaller buildings, the hotel is as well. This situation resulted in many small courtyards, one of which includes a Nutella bar, a favorite for all ages, with its Nutella crepes, toast, gelato and shakes. The hotel also has a rooftop pool which has fantastic views along the Grand Canal and of the Doge’s Palace and San Marco in the distance.

Our final full day with the tour in Venice had us exploring Venice’s Carnevale mask-making tradition. After visiting one of the top mask-making studios in the city, we then became artisan maskers ourselves by having the opportunity to make our own masks with some help from the experts.  The grand finale of our tour did not disappoint with a pirate ship party where we ate, drank and danced our way around the Venetian lagoon at dusk wearing the masks we made that morning. It was truly a magical night and the perfect conclusion to our adventure.

While our tour may have concluded we decided to stay a few extra nights in this magical city. After a final breakfast with our tour mates, we headed out to further explore Venice.  Starting at the Rialto Bridge, we set off to the fish market to inspect the catch of the day. We then headed off on foot, got hopelessly lost (as you can only do in Venice) and eventually made it back to the hotel after much gelato and a canal-side lunch.

We capped off our final day in Venice in a true Venetian way-on the water.  We met our chartered sailboat with our captain Ernesto and headed off onto the lagoon. After getting our sea legs, Ernesto asked if we wanted to take a swim. Why not. We followed his lead and jumped in to cool off for awhile. After toweling off we had lunch on the deck while sailing by Torcello and stopping at Burano to visit the colorful fisherman's island.

Overall, my impressions of Adventures by Disney is pricey but worth it. The ease of travel, top notch, exclusive experiences and fantastic guides made the whole experience one of my family’s favorite vacations. Yes, there are downsides of travelling in a group, but our experience wa that the benefits outweighed them.  As for the location itself, Italy is, and always will be, one of my favorite European destinations. This trip was my 6th and my first on a tour. Other trips were fantastic but I have never experienced the access that we did with Adventures by Disney.

Our next trip is in a few weeks to England and France … stay tuned!