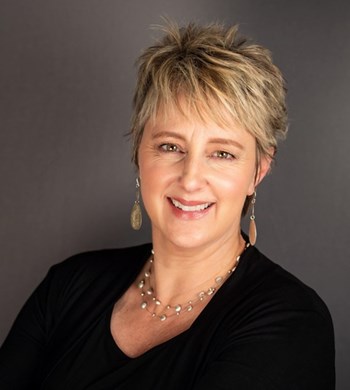 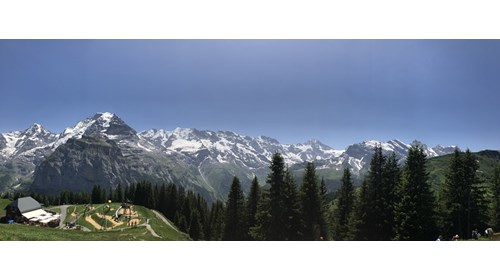 The Swiss Alps on a beautiful summer day.

Not only is Switzerland one of the most beautiful countries in Europe, it is one of the most interesting due to it's unique regions and languages. Although German and Swiss are the most widely spoken languages it actually has four official languages - German, Swiss, Italian and Rumantsch.

The Swiss Rail system is one of Europe's most efficient railroads and a wonderful way to tour the country. For this trip I chose a sporty Audi but still got to experience plenty of railways during the trip.

For the first few days I based myself in a small village on Lake Thun. The town of Thun sits on the western end of the lake and has plenty of shopping and restaurants. Like Lucerne, it has flower-covered wooden bridges and plenty of water surrounding it.

This region, called the Bernese Oberland, is best known for the city of Interlaken, which sits between Lake Thun and Lake Brienz. Both lakes are dotted with picturesque small towns that are quieter than the popular Interlaken yet still easy to explore the region's famous mountains. Many people choose Lauterbrunnen or Grindelwald as a base but I found Mürren to be much quieter. The charming village sits at the base of Schilthorn peak, which is only accessible by cable car or on foot, no cars allowed here or in Gimmelwald. Not far from Mürren, via a quick funicular railway, is Allmendhubel where you have an amazing view over the north face of the Bernese Alps, including the Eiger, Mönch and Jungfrau.

Also in the Lauterbrunnen Valley, is the UNESCO World Heritage site Trümmelbach Falls made up of ten waterfalls in a glacial, cave-like environment.

No matter where you stay in the Bernese Oberland be sure to give yourself plenty of time to explore, hike and enjoy the region's many delights. You could spend a week here and still not see everything!