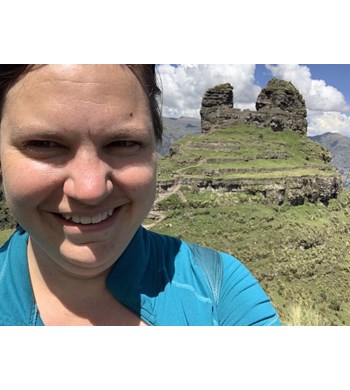 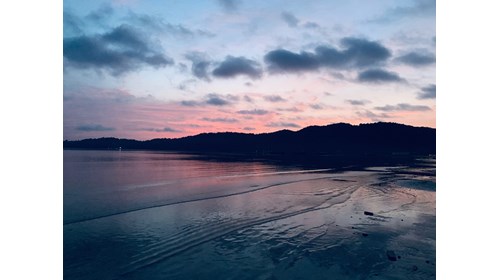 I had been looking for months for low priced airfare to Cambodia.  I finally found some and then after hemming and hawing about it, I set off to purchase, and it was too high again.  I only had to wait a week or so for the price to go back down!  i jumped on it and bought a round trip flight to Bangkok, Thailand, with a layover in Tokyo.  I then found a local air carrier for a flight from Bangkok to Phnom Penh.  I am usually a plan everything meticulously traveler, but I wanted to try to fly by the seat of my pants.  I booked a hotel for one night in Bangkok and I booked a hotel for a couple nights in Phonm Penh and that was it.  I had a return ticket from Bangkok 3 weeks after arrival.   As usual, I way over-packed for this trip and was lugging around 1 way to large suitcase and a carry on as well as a backpack.  When I arrived at the Bangkok Airport for my flight to Phnom Penh I hadn't prepaid for my luggage and it cost me about $300 for my large suitcase to fly to Phnom Penh.  *Lesson Learned* In Phnom Penh I had made a list of places i wanted to see and thus wandered around and found most of them on day one.  I also research food because I eat Vegetarian and sometimes Vegan especially while traveling.  I find if I eat Vegan that the restaurant hasn't just taken the meat out of the dish, but they have actually thoughtfully prepared a vegan meal, so I seek out vegan restaurants.  I found an amazing vegan place to eat close to the Palace and the Wat in Phnom Penh and actually wished I could go back there the next day when I was wandering around in a different area.  The Second day there I visited the Tuol Sleng Genocide Museum in a school that housed many Cambodians during the reign of the Khmer Rouge that were tortured and killed.  It was shocking and humbling to see what the Cambodians had gone through just a very short time ago (1975-1979) and the United States was mostly to blame for this happening and yet the US has not taken much responsibility for it at all.  The Khmer Rouge reigned for only 4 years and in that short time they killed almost 2 million of their own people, a quarter of the population.  They also destroyed a lot of the Temples that are so much a part of the tourism economy today.  From Phnom Penh I went south to Sihanoukville and took a boat to the Island of Koh Rong Sanloem.  I stayed in a beach bungalow for three nights and hiked around the island, up to a lighthouse and a waterfall and didn't make it across the island to the other side because the pathway was closed when I was there.  I also did a fair bit of reading in a hammock and relaxing on the porch overlooking the white sand and beautiful blue waters.  The hotel sends a small boat over to the dock to pick you and your luggage up for a short trip down the beach to your cottage.  I also had a massage there, in which they have you put on a robe and they do their bodywork with you completely clothed.  From The Island, I took an overnight, sleeper bus to Siam Reap where I spend the next four days exploring the many temples with an amazing guide who drove me to some very remote temples that he remembered visiting as a kid before the Khmer Rouge destroyed it!! he entered most of the temples with me, if he didn't need a separate ticket he entered and he always showed me secret hiding spots for items and great photo locations.  I ate some really great Vegan food in Siem Reap.  I then took a bus to Battambang and spend two days there, wandering around and eating amazing vegan food and looking at local art.  I took the same bus back to Siem Reap, and the next day took a bus over the border to Thailand where I planned on spending three days in Bangkok before flying home.  in Bangkok I completed everything I wanted to do in 2 days and changed my flight to my layover city for a day earlier.  I had a friend who was working in Tokyo and I stopped in to see her and her work for about 24 hours before I headed back home.  Overall the trip was amazing, another Solo Adventure.  I did get what looked like a major sun burn on my hand while on the island and it grew monstrous and blistered while I was in Siem Reap, I went to the local international hospital 4 times for them to clean it and dress it and help take care of it.  In all the whole hospital bill was around $400 (for everything) and was mostly taken care of by my travelers insurance.  At the hospital, I was told it was a bug bite, but when I visited my doctor back at home she was easily able to tell me it was a reaction to the sun and some Lime juice that has spilled on my skin from my water bottle on one of the hikes that I did.