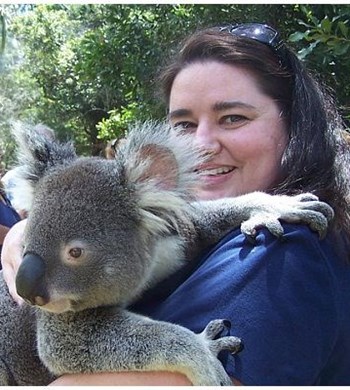 Koala rehabilitating at the Australia Zoo

I think everyone dreams of going to Australia, and I've been lucky to make the trek across the Pacific twice.

On my first trip there, we flew into Brisbane and headed up the Gold Coast to a town called Noosa.  My toes found their way to the soft sand and cool waters as we watched local surfers in the evening.  We experienced the Food and Wine Trail of Noosa, tasting a variety of locally grown foods and locally produced wines.  We even saw kangaroos in the wild, and a variety of tropical birds.

After Noosa, we spent the day at the Australia Zoo, the zoo created by the "Crocodile Hunter", Steve Irwin and his family.  The zoo is phenomenal!!  We were lucky and had an escorted guide walk us through, but you can see the zoo on your own as well.  From crocodiles, dingos, kangaroos, koalas, wombats, echidna's...this zoo has it all!  What the Irwin family has done for the animal kingdom is truly amazing and inspiring.  I highly suggest a visit here, and if you can do an Animal Experience, I suggest it!  We were able to pet a Rhino, a wombat, cuddle with a koala, hold a python, but also got to a special visit to their animal hospital and spent time with healing koalas.  Truly remarkable.

We then headed to Sydney.  I'm not a "city" person per say, but Sydney is beautiful. We took a hop on/off bus tour around the city and got a feel to the city, jumping off at a few points for lunch, souvenirs and photo ops.  We took a tour of the Opera House, did an excursion out to the Blue Mountains, took in Featherdale Wildlife Sanctuary and also the Aquarium.  We had beer and pizza with locals at the Pioneer Hotel and learned so much about the city.  Don't miss the city!!

My second trip Down Under took me to Tasmania and the Great Barrier Reef.  Tasmania is the small island located south of the mainland.  Tasmania quickly rose to my most favorite spot on Earth.  It's truly beautiful.  We started north and worked our way south.  In the early morning-since I had jet-lag, I took walk along the Enchanted Forest.  It was late fall, and there was frost on the ground and a chill in the air, but it was unforgettable.  Later, we hiked around Dove Lake at the base of Cradle Mountain.

We made our way down to Launceston where we stayed at the Red Feather Inn, an old historic B&B for one night, and then went down to Freycinet National Park...and WOW!  That place is beautiful!  We stayed at the National Park Lodge-where there are no TV's.  They encourage you to get out and hike: take a long hike to Wineglass Bay, or some shorter walks along the shore.  I couldn't help myself and had to stick my toes in the icy cold water.  Brrrrr!!  I'd totally do it again! At night you can sit back and count the stars.  We spent the evening with a local who told us of the many ways to eat Vegemite, and he pointed out the Southern Cross to us.

Next we went into Hobart, the second largest city in Australia.  We spent a day at MONA, an art museum, went over to Bonorong Wildlife Sanctuary-where we got to see the cute Tasmanian Devils, and hand-feed echidna's, pet a koala and see lots of kangaroos hopping along.  We also had a day where we discovered the Tasmania coast on the Bruny Island Cruise.

After departing Tasmania, we headed to the Great Barrier Reef and stayed on Hamilton Island.  We had an ocean view room and headed to the beach which was across the street.  The tide was out, and revealed thousands of tiny seashells and rocks.  In the morning, the tide was in and folks were out swimming and trying their hand at paddle boards.  We didn't stay long as we headed out on a catamaran to the reef for a day of snorkeling.  Bring along a good underwater camera and some sunscreen!  The following day, we had on our own to explore the island.  I took a wild jet-boat excursion that was an adrenalin pumping good time...next time I'm bringing goggles!  Seawater soaked everything!

Headed back to the mainland, we spend our last night in Brisbane.  We took an evening river cruise and saw the city by night.  It was a relaxing way to end our trip.

Experiencing Australia after completing the intensive Aussie Specialist program really cemented the "true" Australia in my mind.  I love to share stories of my experiences, and love to have my clients experience Australia on their own as well.  There truly is no place like Australia and I would love to help you explore this great place too! 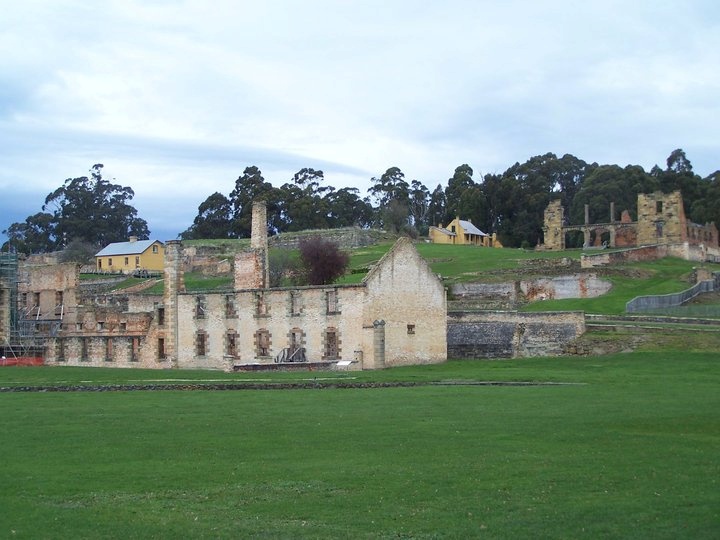