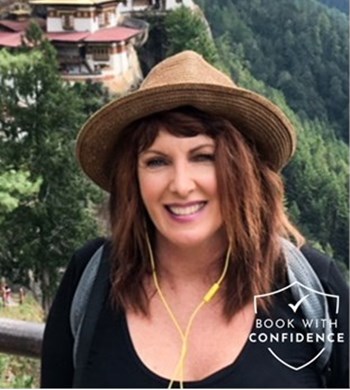 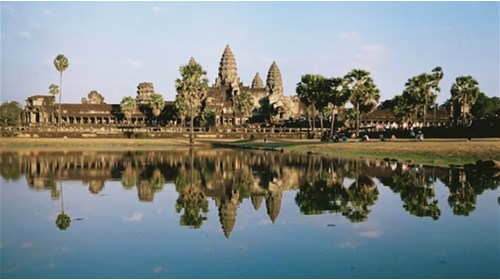 River Cruising… it does bring to mind castle lined slopes and picturesque villages, doesn’t it?  These are some of the sights you will see on a European River Cruise.  Now, picture farmers bathing their cattle along the river banks, women working in the rice fields, and beautiful sunsets on the horizon….these are the sights you will see on a Southeast Asia River Cruise along the Mekong.

Our river cruise adventure began as we arrived into Ho Chi Minh City, formerly Saigon, a few days prior to the cruise.  This is a city mixed with history, tradition and modern technology.  It was a shoppers dream at Ben Tanh Market, where you could buy anything….local handicrafts, scarves, jewelry and even the infamous Kopi Luwak or Civit coffee, which in case you didn't know....is the most expensive coffee in the world.  It is made from coffee beans eaten, digested and excreted by a civit cat.  The beans are then collected, cleaned, and ground - then sold as Kopi Luwak....and no, we didn't try it!

We shopped so much, we had to buy 3 extra suitcases just to get it all home!   Vietnam is known for having local tailors make custom clothing for you, in just a matter of days.   Visit the shop, discuss your idea, get measured, return once for a fitting, and your beautiful, tailor made clothes are delivered straight to your hotel!  Between the two of us, we had 5 shirts made, one pair of pants, and two beautiful, silk cocktail dresses!

With all that shopping and running around, we made sure to get several full body massages and a few foot massages.   Another highlight of our visit to Ho Chi Minh City was a cooking class where we learned to make Pho.   Pho is a Vietnamese noodle soup eaten throughout the day, but it is especially popular at breakfast.   We also made Spring Rolls to go along with our Pho, as well as a salad made with Lotus stems.

No visit to Vietnam would be complete without an excursion to the Cu Chi Tunnels.  These tunnels are an intricate network of connecting underground tunnels.  Viet Cong soldiers used these tunnels during the war for hiding spots, supply routes, hospitals, and for food and weapon reserves.

As we left Ho-Chi Minh City behind, we instantly felt at home on the river boat.  The staff was extremely personable, and after the first night, knew us all by first name.  Our cabin was cozy, yet spacious, with all the comforts we needed for our upcoming adventure!  Our ship made several stops in Vietnam before entering Cambodia.  Along the way, we sampled snake wine, held a python, visited local markets and temples, and did a bit more shopping!

We entered Cambodia on a rainy, hot day, not knowing what to expect of this little know country.  Will it be like Vietnam?   Will it be less developed?   We were pleasantly surprised to find it one of the most lush and beautiful countries we had ever been to.  It is not as developed as Vietnam, but that is one of the reasons we found it so charming.  We marveled at the amazing archeological sites of Angkor Wat, Angkor Thom and Ta Prohm.   Angkor was the capital of the Khmer empire from the 9th to the 15th century and Angkor Wat is the most well known temple complex built in the 12th century.  Ta Prohm is famously known as the temple where Angelina Jolie’s movie, Tomb Raider was filmed.

We visited the Tuol Sleng Genocide Museum located near Phnom Penh, which allows you to walk through one of the infamous Killing Fields.   We also visited a prison in Phnom Penh that was once a high school, and learned about all the prisoners who were once housed there.  On the day of our visit, we were able to meet one of the last living survivors of the prison.

We experienced many modes of transportation while in Cambodia.  We rode in Ox carts, Tuk Tuk’s and even a Cyclo!   A Cyclo has two wheels in the front and one wheel in the back.  You sit in a front seat, and the driver sits behind you, pedaling.  It was a fun and fast way to get from place to place!

We decided we wanted to end our trip by doing something really crazy, so we went to a gourmet “bug” restaurant.  We ordered the “Discovery Platter, ”  which included spring rolls with ants, an insect skewer with grasshoppers, tarantula and scorpion, a tarantula samosa (this is a triangular pastry), and a cricket and silk worm stir fry.  In all honesty, it wasn’t bad and we were pretty proud of ourselves!

We both have a special place in our hearts for these countries, and hope to visit again someday!