Wiltshire England in May - Avebury

Avebury Manor Grounds The Cotswolds England
In May I was lucky enough to visit an American friend of mine who lives with her British husband of two years in Wiltshire. This area is known as the Cotswolds, one of the most
"quintessentially English" and unspoiled regions of the country.

Our first day we boarded the train in London's Paddington Station, an experience in itself, but once accomplished the first time, it no longer seems daunting. The lush English countryside sped by as we relaxed in comfort in our reserved seats. My friend met us in Chippenham, a much smaller station than Paddington and she whisked us off to Marlborough where we lunched at a quaint tea shop. A hearty turnip soup and crusty brown bread were just the ticket to fuel us for the afternoon's touring.

Up next was one of many National Trust sites in the Cotswolds. We arrived at Avebury Manor just in time to experience a nice English downpour. The weather during our stay in London was uncharacteristically hot so the rain was a welcome relief.

Avebury is home of the world's largest prehistoric stone circle and a UNESCO World Heritage Site. The manor house was transformed by the National Trust and the BBC in order to create a set for the series “The Manor Reborn” and rooms are furnished in five different styles: Tudor, Queen Anne, Georgian, Victorian and 20th century. The manor house allows for interaction by visitors, you can pose as a nobleman at table in the Tudor hall, lie down on the opulent bed in the Queen Anne room or rest easy in the 1930’s style library.

After the rain let up we wandered through fields of sheep, admired and wondered about the incredible stones while enjoying the brisk fresh air of the English countryside.
All that effort required a spot of tea which we were able to enjoy, along with a delicious slice of vegan chocolate in the on-site tearoom. 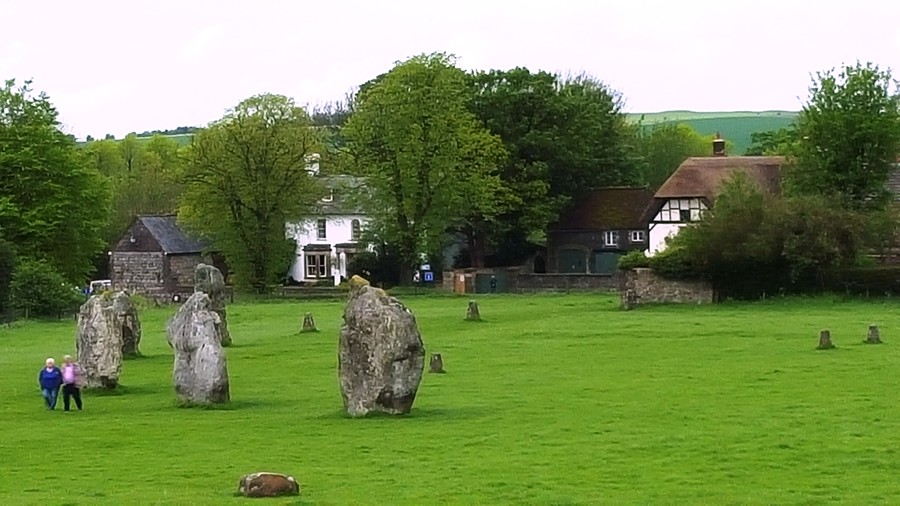 Wiltshire, the Cotswolds in May
View Album