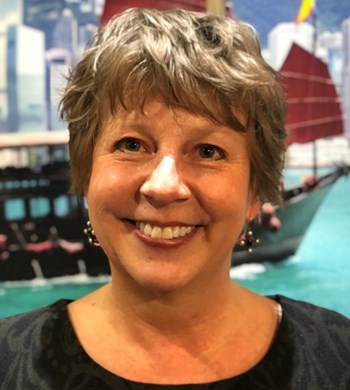 REDEEM POINTS FOR TRAVEL WITH MY AGENCY Book with my agency and use Membership Rewards® points from American Express for all or part of a cruise, vacation package, flight or prepaid hotel.
Terms & Conditions Apply.

This story fills my heart.

My sister and I disembarked that morning last May from the MS Monaco Nile Cruise in Edfu, Egypt. The city with population of @133,000 was filled with merchants and shoppers preparing for the upcoming Ramadan Holiday beginning that weekend.

We took our excursion in a horse drawn carriage to the local Horus Temple. As I stepped off the carriage upon arrival to the Temple my heart sunk. My purse was gone. At some point the purse must of slipped out & fell onto the city street. Somewhere, anywhere, while I was taking pictures.

Once I realized what had happened the adrenaline started to make me shake. A few tears formed. Worst of all I felt like a complete idiot. After all I knew better. Taking a mental inventory, I had my phone. My passport was in the cabin safe on the ship. It contained no more than $100.00 USD worth of Egyptian Pound. My debit & a credit card. Brought reserves so that’s all okay. The Problem? It held my prescription glasses. Tough being angry with myself mostly. Our Tour Guide Wady boosted my spirits by saying we request a prescription from home and he would arraign for a cheap pair to be made in Aswan.

By this time our carriage driver spread the word through the city while retracing our steps. I made it clear I didn’t care about anything but the glasses. Made a mental note to myself that this was not going to dampen my adventure. What’s done is done.

After our tour we were told that a purse was found by a woman and she was inquiring at local shops as to its owner. I was brought to a town square and seated in the center amongst whispers. Someone gave me a cold Coke. Then from around the corner she came. A smile spread on everyone’s faces. It was all there. All my money, cards and glasses. Everything returned. A stranger of little means with an honest heart. Tears. Hugs. Wow. It was an amazing day.